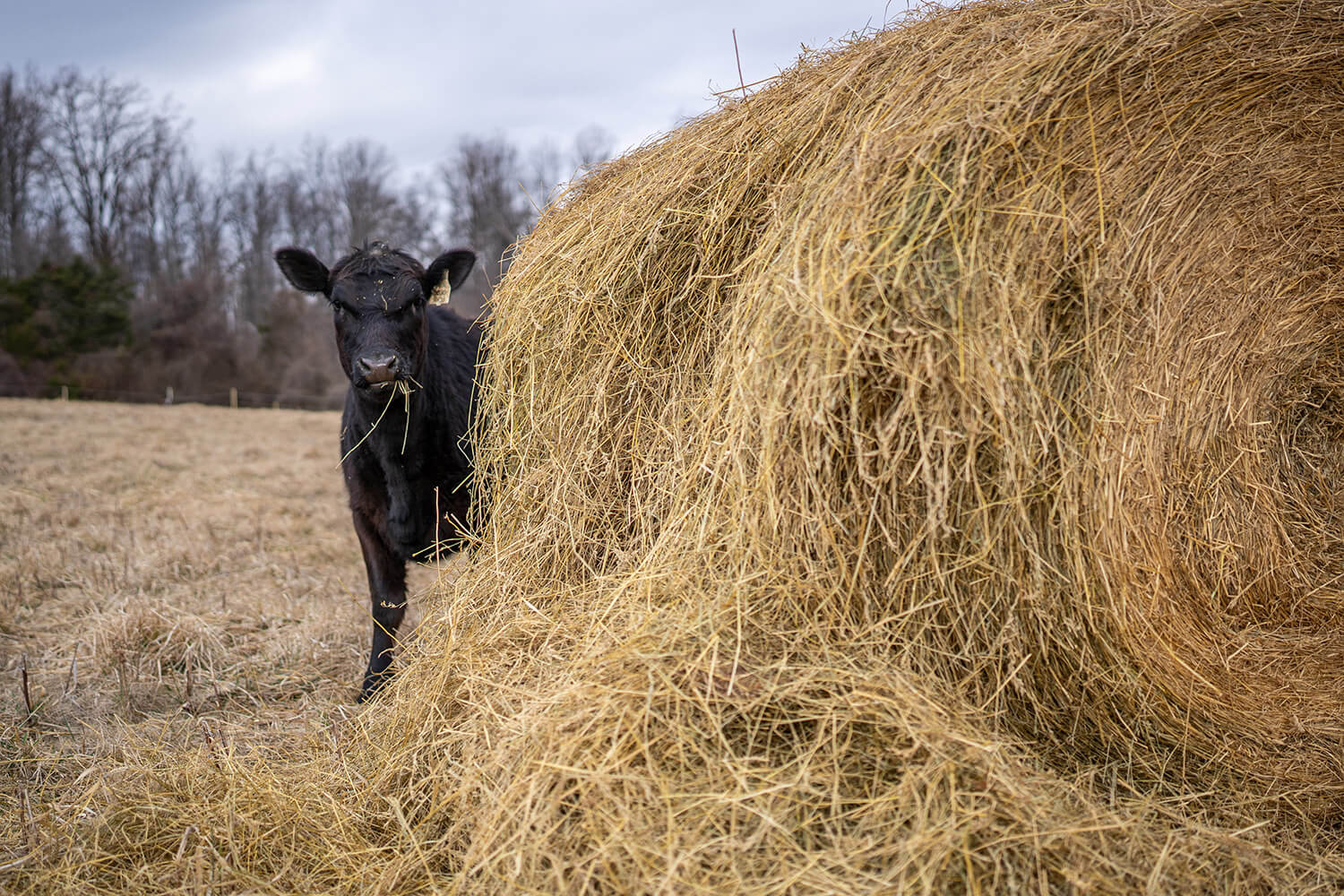 Encompassing over 3000 acres of protected and historic farmland in Virginia’s Piedmont, Kinloch Farm operates at the intersection of agriculture and conservation. We believe these two activities are intertwined, which is why we pursue regenerative and adaptive management principles designed to support ecological processes and outcomes across our farm.

Our historic line of Aberdeen Angus cattle thrive, symbiotically, within our grassland systems to promote whole systems health and sustainability. In our meadows, we promote the growth and health of plant species that are native to our region, attracting and providing habitat for an abundance of grassland birds, pollinators, and other wildlife.

We pursue adaptive grazing practices with our cattle that are bred to consume Virginia forages and produce an outstanding animal. The grazing herd regenerates our land by improving soil microbiology, increasing water retention, storing carbon, and promoting a diversity of forages in our system. We operate in a system of patience, observation and adaptation. 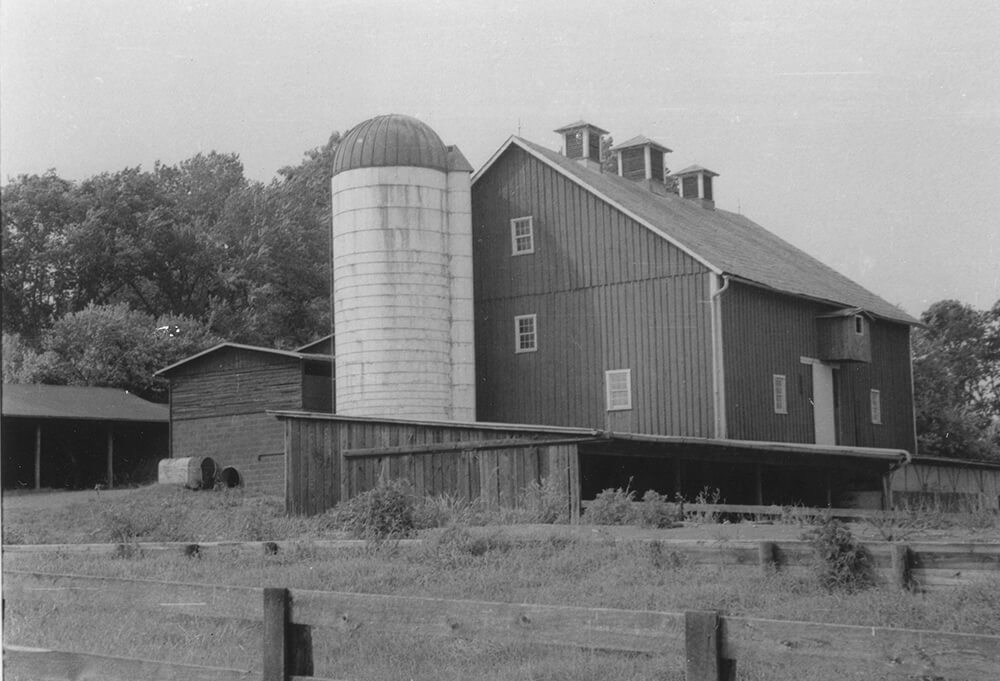 The history of Kinloch Farm dates back to 1823 under the founding stewardship of the Turner family. The Chrysler and Dancer families also made Kinloch their home prior to 1960 when Stephen and Audrey Currier purchased the property with the intention of building a family legacy for generations to come. Virginia was familiar to Audrey’s side of the family with Audrey herself attending the Foxcroft School in the late 1940s.

Under Stephen and Audrey, the farm’s footprint ultimately grew to include four adjoining properties. Kinloch was an ambitious and people intensive endeavor driven by the Curriers’ belief that, through their employment and personal connections made in the community, they could help improve the economic and racial disparity prevalent in Northern Virginia in the 1960s. The Curriers’ primary work was national in scope and active in the area of civil rights and they understood the significance of Washington, D.C. being only 40 miles east of the Piedmont. The landmark Bull Run Mountains, which represented a “green belt” to the city of Washington, were purchased by the Curriers, along with a neighbor, for citizens to enjoy as a protected natural area and public treasure for years to come.

Farming under the Curriers consisted of a traditional Piedmont cow to calf operation, making hay, growing corn and selling animals to the local livestock exchange. Following their death in 1967, the second generation took control and pivoted toward practices that were organic, novel and holistic in scope. The first four acres of vinifera grapes in the Piedmont were pioneered by Kinloch. In 1984, Kinloch was certified as an organic farm by the Virginia Association of Biological Farmers, the first such verification body in the state and, in that same year, the Leathercoat Restaurant opened as an early form of farm-to-table dining. Kinloch held and managed the National Devon Association records. By supporting and helping rebuild a new livestock exchange, creating a farmer’s market (Archwood Green Barns) and owning and operating an abattoir, Kinloch played an important role in bolstering the development of the agricultural infrastructure of the county. 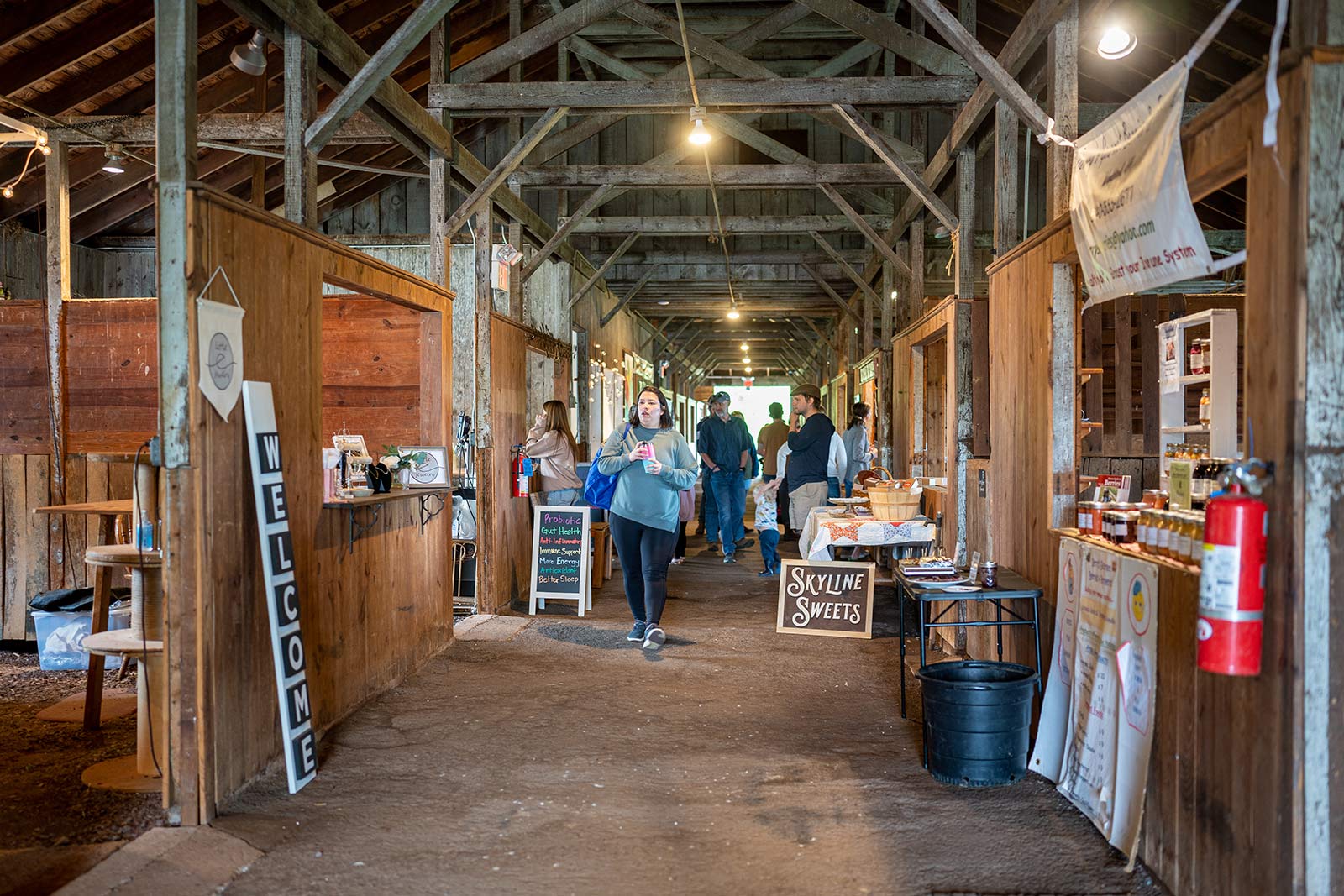 In the past four decades, under the stewardship of Andrea Currier, Kinloch Farm has grown to reflect the family’s shared values in protected open space, land and wildlife conservation and regenerative farming. The Piedmont Environmental Council, Virginia Outdoors Foundation, Smithsonian Conservation Biology Institute, John Marshall Soil and Water Conservation District, and Virginia Working Landscapes have all been critical partners in Kinloch’s evolution and commitment to a set of continuously refined “best practices.”

Today, the third generation of Curriers are enthusiastically engaging in the family legacy with a retail market for Kinloch grassfed beef, honey and other locally grown foods. They are supported in this effort by a team of long tenured professionals in the fields of agriculture, conservation and business. With decades of investment in Kinloch’s land, animals and people and a strong sixty year relationship in the Piedmont, we are committed to bringing our relationship even closer in the goal of sharing our heritage with our Piedmont community.

We’re always accepting resumes and applications. Submit yours by emailing us.

What is the difference between grass fed and grass finished?

There shouldn’t be, but unfortunately the interpretation can be skewed. We advertise grass fed and grass finished as our animals are fed a 100% forage based diet, including hay feeding overwinter when our stockpiled fescue runs out. Technically speaking, all cattle are grass fed at some point in their lives, the difference lying in the backgrounding and finishing phases. It’s most common in the cattle industry that beef cattle would spend the majority of their lives in a pasture or range environment and then finished in feedlots on a high grain diet for 3-4 months. We advertise grass finished to reinforce the fact that we work very hard to ensure we are providing a high nutrition diet on forage alone all through the growing and finishing stages of the animals’ life. It takes us 24-30 months to properly finish our animals at 1100 pounds, compared to 16 months and 1600 pounds for a typical feedlot animal.

Do you use antibiotics or growth hormones?

On occasion we have animals that require antibiotics, those animals are removed from production and none of that meat will be sold to you as Kinloch Certified Naturally Grown Beef. We never use any form of growth hormones.

Do you use chemical herbicides or fertilizers on your cattle pasture or hay ground?

Our Certified Naturally Grown standards do not permit us to graze or hay fields which have been treated with chemicals. If there is a circumstance where it is required for eradication of a particular invasive species that our management has not solved, we could use them, but take that field out of production for 3 years until it would qualify for CNG certification again.

Do you raise all of your own cattle?

Yes, we’ve operated a closed, registered Angus herd for nearly 15 years. All animals that we sell are bred, born, and raised under our management and on our pastures. We will never sell someone else’s beef under our label. We value and believe in transparency, a trait that is usually missing in today’s modern and conventional systems. The Kinloch Beef name carries with it the understanding that our beef is coming from our historic genetics utilizing our regenerative farming practices. Traits that distinguish us in the region.

Is all the beef you sell Certified Naturally Grown?

Yes, all of the beef available to our consumers adheres to the Certified Naturally Grown production criteria. If there is an animal that needs to be treated with antibiotics, it is removed from this sales stream.

What do your cattle eat in the winter?

Grass and hay! We utilize a method of stockpiling our fescue grass for winter grazing. When that grass is gone, we supplement with hay, which is dried grass made from our pastures. Stockpiling fescue takes advantage of fescue’s nutritional plane. Currently, we graze approximately 300 days per year and feed hay for about 2 months. Each year we plan to improve that ratio and feed less and less hay.

Do you offer home delivery?

We currently only offer home delivery for customers that have invested in a whole or half animal. Individual retail orders are available for pick up at our farm store.

There are a lot of options available right now for grassfed beef. Why is yours superior?

We combine historic genetics that are genetically superior at performing on grass. Combining our genetics with careful grazing planning and regenerative management leads to a product that stands alone. We embrace the entire process, from genetics to plate. An observant and diligent approach leads to an eating experience that is truly unique. We want flavor, texture, and fat in our beef. Lean beef is an excuse for mismanagement or inferior genetics. Cattle should marble and put on fat with the right genetics that are adapted to our conditions and management.

I want your genetic influence in my herd. Do you offer consultations and advice on what genetics of yours are best suited for my farm?

Yes, we certainly do. Please contact Kevin Jennings, our farm manager at 540 270 7996 and he’d be happy to walk you through the process and listen to what you need.

We embrace flavor, texture, and fat. Through our g

We’ve partnered with @swallowtail.ridge to creat

The herd is rolling in for Thanksgiving! #mondaymo

This week we’ve been busy preparing for our fall

Did you know in our riparian areas, we deliberatel

Todd Meade | Farm Team This week, we are highligh

Our most popular cuts are available online for pre

Here are the picks for our five favorite parts of

We're taking a break from our regularly scheduled

We've opened preorders for many of our most popula

As the days turn cooler, we’re underway in trans

As we enter the cool season, what better way to pr

Around our apiary, in our native meadows, we are o